I had a 308 reputation about thirty minutes ago, and someone has spontaneously down-voted at least four of my answers, and voted to delete them. I expect that this will happen more, and I would like to fix it. How can I report this?

Fun fact, when you get serial downvoted or attacked by reputation, the system is kinda smart.

Here's what your reputation tracker says: 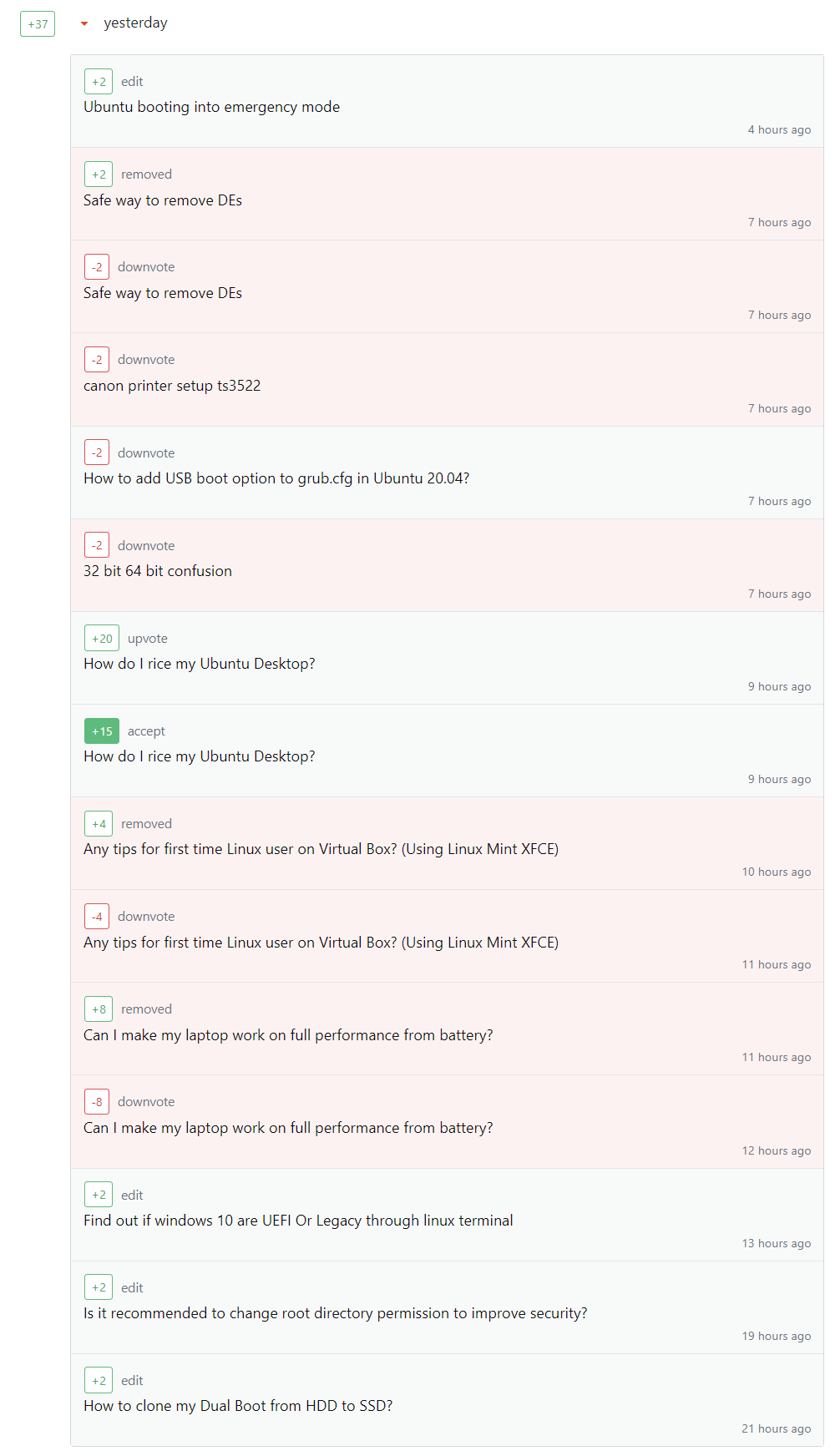 Downvotes on your posts which were then removed led to automatic reverts of those downvotes, and later there were more reverting of the downvotes or reputation loss for "Serial Downvoting".

This shows you that 'trolls' who serial downvote someone get handled by the system, moderators don't even have to do anything about that.

So, I wouldn't fret about small fluctuations - they happen all the time, but even this being said, the system is doing its job. So don't worry about it.

I didn't down-vote any of your posts. I did make a suggestion to improve one...before you deleted it.

You're absolutely right that it's awful when somebody is clearly being mean. Many of us have received that kind of cowardly attack.

However, as somebody who has lived through similar dark days, I encourage you keep contributing and to let the current system work.

Your contributions will be recognized and rewarded without needing to make moderators review hundreds of extra posts each day.

Those trolls do get bored and wander away. Some do indeed get banned (the moderators don't make a lot of noise when that occurs).

Not the answer you're looking for? Browse other questions tagged support reputation voting .

0
Will bounty be given to the accepted answer?
2
Why do you need 15 reputation to upvote?
14
Why are people downvoting questions with obvious solutions?
0
What is the reason that I lost so much of the reputation?
0
-1 reputation for nothing
5
Reputation decreasing automatically
2
Reputations went down
8
General Voting Etiquette
3
Why do I see a delete option under my answer (and how to find what's that about)?