Today I came across a few edits that try to combine parts from two different answers into one by editing information from answer two into answer one.

This is done by a third party and not the original posters of answer one or two.

How should I handle this ?

It seems to me very inappropriate as it takes from one answer and bolsters another, which is of course taking away from answer two. 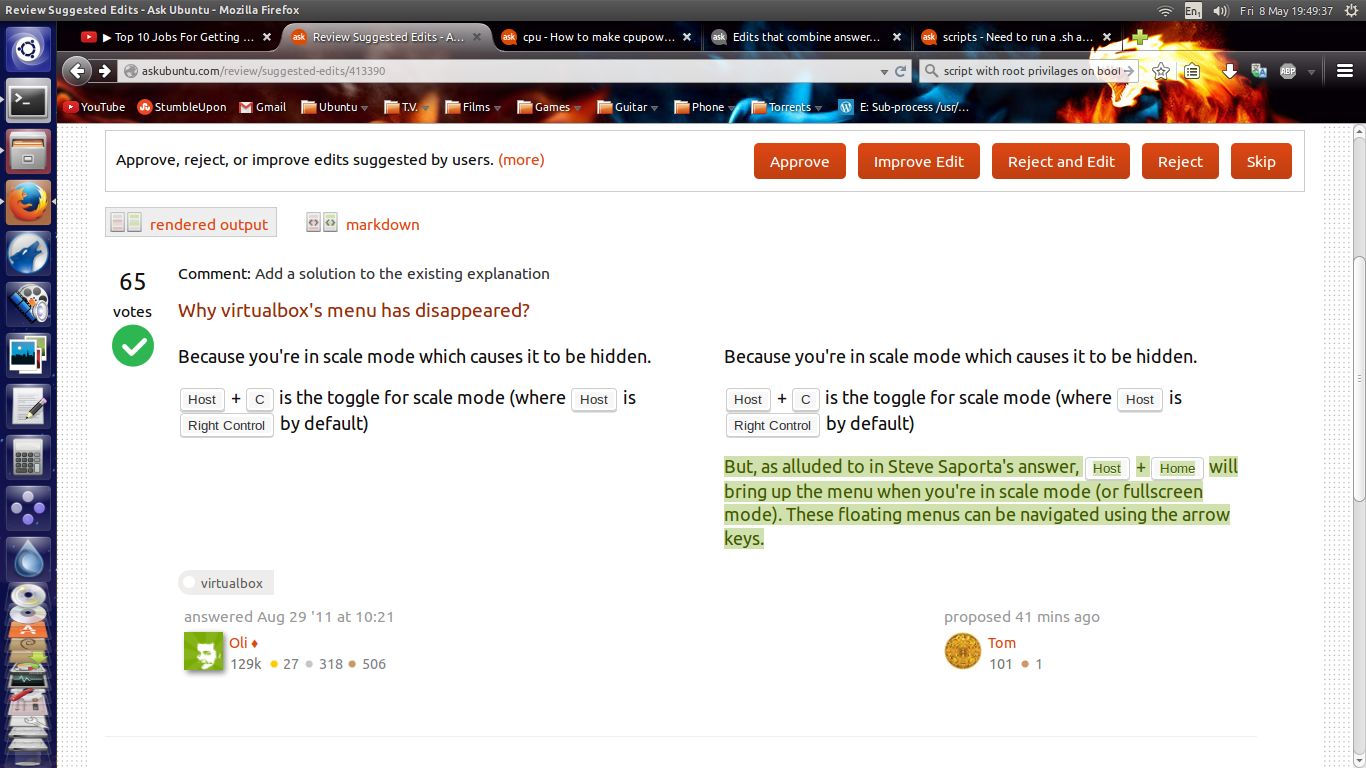 If one of the answers is not an answer at all, then editing information from it into another answer (with appropriate attribution) is sometimes okay.

In particular, if the same author posts two answers but really intended to post one answer, and one of the two answers is intended as an edit or comment on the other, then editing information from the non-answer into the actual answer is appropriate.

In either of those cases, one should flag the answer that doesn't really attempt to answer the question on its own as not an answer.

Besides that, what you've described sounds bad. But you haven't given any specific examples here and I can think of ways to construe a perfectly reasonable situation as "combining answers."

For example, suppose one answer is posted, which contains a wrong part. This motivates someone else to post their own answer. A third person comes along later and fixes the wrong part in the original answer by editing it. If this conflicts with the clearly expressed intent of that answer's author, then it should be avoided (and the author could roll back such an edit). Other than that, though, what the editor did was fine--not just fine, but actively good.

Based on what you've described, I think there might be many combinations of factors that could militate toward or against the edits you've seen being appropriate. For anyone to give specific, reliable advice, more information is needed. I recommend doing one of the following:

I just saw the suggested edit.
It was rejected by the community 2-1 and I agree with that decision.

I also agree with Eliah, but I'll add notes specific to the case:

0
Is a good practice to quote another answers on mine?

5
How do I answer my Own Question?
14
How should we handle plagiarized answers?
13
Suggestion: Use pro-forma/"review" comments when flagging certain answers
13
Can one user be represented by multiple accounts?
98
Ten tips to handle your question in the worst possible way
12
Behavior of Site when Marking Test Questions as Duplicates / Commenting on Test Questions
5
Which flag should be raised for answers about Kali Linux?
0
Should I re-suggest edits that I feel were wrongly rejected from the review queue?
5
What happens if I flag a high-quality post in a review audit?