What to do when someone wants to republish your scripts?

Someone on reddit asked me if they could republish my sun-hours script I wrote for Ask Ubuntu on their github project.

Just wondering if there is some sort of short form of GPL 3 or 2 line I should put in the bash script? I want to avoid the lengthy multi-paragraph legal blurb you usually see with free usage.

I wanted to update the scripts with recent bug fixes anyways and asked the reddit user to wait until after the week-end to copy sun-hours script. At the same time I'd like to add the short GPL blurb in question.

I wonder what others do for scripts that get republished?

I found this sample here:

I'm thinking I could use something like this along with link to GPL V2 (or whatever version) license file.

I created a git-hub master branch which allows me to select a license file to include by default: 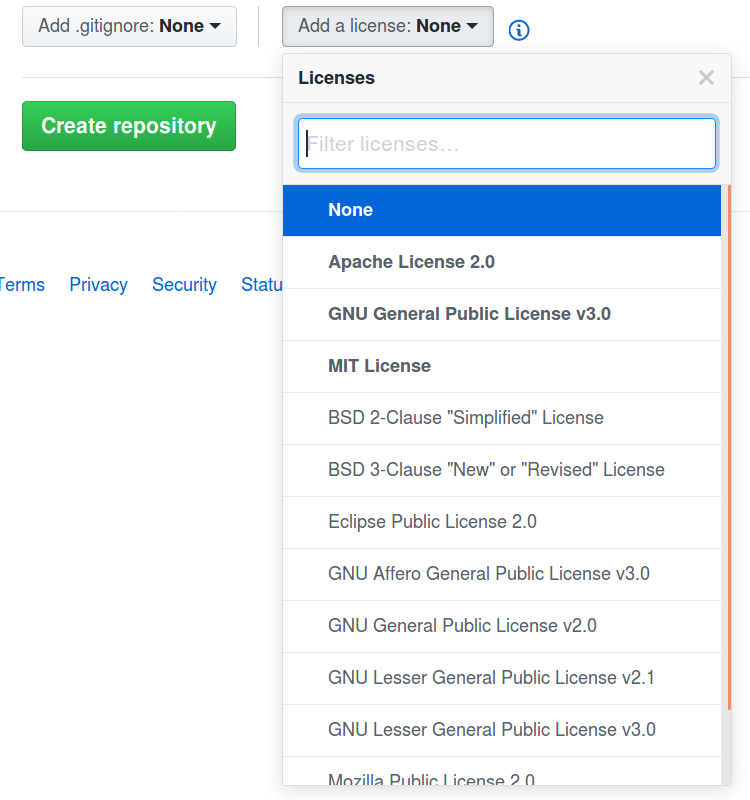 Overall this gives a great platform for publishing your code with catch all licensing. However I still am no closer to a legal one-liner comment to put into each of my bash scripts. The sun-hours script is short so a multi-paragraph legal blurb seems inappropriate in such cases:

The CC license family is not recommended for software (see https://opensource.stackexchange.com/q/1717/9554). When I was asked for permission to redistribute one of my scripts, I'd already put it on on GitHub on repository for general purpose scripts, so I clarified that the license on the repository (GPLv2, IIRC) was also applicable on the script and they could redistribute using it. I offered to split it out into its own repo if needed, but that turned out to be unnecessary.

That's what I'd suggest you do too:

Putting it on a code hosting site would be helpful to the redistributor, since now they can use standard VCS tools instead of scraping an Ask Ubuntu post, and makes submission of patches easier.

Just wondering if there is some sort of short form of GPL 3 or 2 line I should put in the bash script?

No, there's no particular short form of that, nor there is a need to do so, and SE sites don't use GPL. (And on side note, most copyright texts state that you have to include copy - that is full copy - of the copyright notice; for example, GPL 3 states: "You should have received a copy of the GNU General Public License along with this program" ) However, what I would recommend doing is to add a comment, couple lines below your script's #! line. Something like this:

Adding such line will explicitly tell others that your content is originally written for Stack Exchange network, and all content on StackExchange Network is CC-BY-SA 3.0 (see the Notes for details). Therefore such line quickly tells that the script is under CC-BY-SA license and whoever is reproducing your code ( be it on reddit or elsewhere ) should give proper attribution. (Note that holds true unless you allowed choosing multiple licenses for your work, see "Practical considerations" section).

How to give attribution is outlined in this SE meta post by Bill the Lizzard, which actually draws from SE Terms of Service:

You must1: A) clearly indicate that it comes from the Stack Exchange Network, and give credit to the author by B) linking to the original answer/question, C) clearly indicating the author(s)' username, and D) providing link(s) to their profile page(s)

Let's go on a tangent: Can you license your own answers at all on SE network or can you license via your profile ? Yes, Yes, and Yes. To quote Martijn Pieters's comment: "...the content you post on SO is not exclusively licensed. You are only agreeing to grant a specific license to reuse your work. There is no ownership transfer, the content is still yours to use elsewhere as you please. That gives you the right to do other things with your content, including granting more licenses." Also, as mentioned in answer on our dear moderator Oli's question:

You give up one big thing by posting it here:

But if you license your answers: - you can't take away rights that SE license gives - additional licenses should be compatible or even more permissive than CC-BY-SA (which is kinda same as the above) - whoever is reusing your work can choose the license by which they will abide, so they can choose to use CC-BY-SE or the other license. If you licensed your code under license that doesn't require attribution, don't be surprised if the user chose that one and didn't give your answer credit.

That said, you mentioned GPL license. The SE license is not GPL compatible as noted in this answer. I wouldn't recommend using GPL, but that's my opinion only. Also, stay away from crayon licenses.

Practically speaking,though, licensing your code on SE answers is a very big, hairy, and uncombed mess.

Now because I've sat reading all sorts of sources for over 3 hours now and because I need a break from sitting in front of monitor, I'll leave a few my own opinions in conclusion: treat answers on AskUbuntu as if they are in public domain (even if you will hear everybody on the network say SE is not public domain, because technically public domain is not copyrighted, but SE is copyrighted under permissive license). As 200_success said, "The intention is to share code for discussion, not to give code away". Problem is that one persons intention doesn't prevent another's from just taking code as if it was given away. For inspiration take a look at L.H.O.O.Q.. If you want to really protect code and enforce some sort of license:

I'm not a lawyer,though, so treat this answer with grain of salt.

In your comment you said (emphasis added by me):

OK, pay very very close attention to the highlighted parts, because they will be important. First we need to go back to the very very very basics. Copyright means who owns the code, License - how people are allowed to use that code ( rolfl ). But, to be considered copyrighted, code must be an original work and originality is most important factor ( Aneurysm9 ) .

By that definition, the cron and conky portions that I see in your answer cannot be copyrighted, which means they can't have license. They're just not substantial enough to be considered an original work.

In case of cron and conky type of stuff, there is likely chance that there's plenty of cron and conky settings that are very very similar to yours and claiming copyright on them via any license seems slightly ridiculous.

However, you could maybe copyright (in my humble and non-lawyer opinion) the two spinner scripts in your answer for Can BASH display in systray as application indicator?. They seem original enough, although I doubt in an actual court printing four characters in sequence would make the script original.

That said, think about what your scripts are actually doing: one reads file and checks character in it and writes another to it, the other - checks that file and echoes the character. There will be enough scripts that have similar idea, although may use slightly different expression. I think it would be also great if you could rewrite the script somehow to make it one unit, which does all the work, spinning and echoing - that will limit possibilities for substantial similarity in execution.

You agree that all Subscriber Content that You contribute to the Network is perpetually and irrevocably licensed to Stack Exchange under the Creative Commons Attribution Share Alike license. You grant Stack Exchange the perpetual and irrevocable right and license to use, copy, cache, publish, display, distribute, modify, create derivative works and store such Subscriber Content and, except as otherwise set forth herein, to allow others to do so in any medium now known or hereinafter developed (“Content License”) in order to provide the Services, even if such Subscriber Content has been contributed and subsequently removed by You.

There has been effort in 2016 to move towards MIT license but as said on the link, this has been postponed indefinitely.

4
Tag Synonym Request: [script] -> [scripts]?
1
Should we close questions that aren't well asked, even if it's obvious what the OP wants?
10
What to do when your answer gets down voted?
6
What can we do if someone overdoes with gratitude?
17
What should I do to avoid an edit war when someone rolls my edits back?
22
What is your consideration when downvoting, what are your criteria?
8
What is your opinion about outsourcing larger scripts from answers to GitHub repositories?
10
Is it okay to rename questions when the title doesn't reflect what OP really wants to know?