Dutch people are known to be always calculating....

Yesterday, two things happened to me at the same time:

Just theoretically: if the 70 points where earned on a day I also surpassed the cap, I would possibly lose the same reputation twice, which shouldn't be possible in any calculation system.

You did get 215 points, but the 70 points were subtracted from an earlier date - when the votes were granted. That's to say, it's as if you started the day with 70 points less. See this Meta SE post. Do check out what https://askubuntu.com/reputation says about your reputation for that day.

The problem, beside Jacob Vlijm's case, which is a particular case, actually exists (thanks to muru for the link): if you lose reputation after having capped the limit due to other reasons (downvotes or bounties), the reputation loss is not balanced by the amount of reputation gained over the limit.

Here's a summary of my reputation variation two days ago (09/02).

Doing some math, out of a total of 23 upvotes and 2 downvotes I gained a total of 198 reputation because the last vote was a downvote. 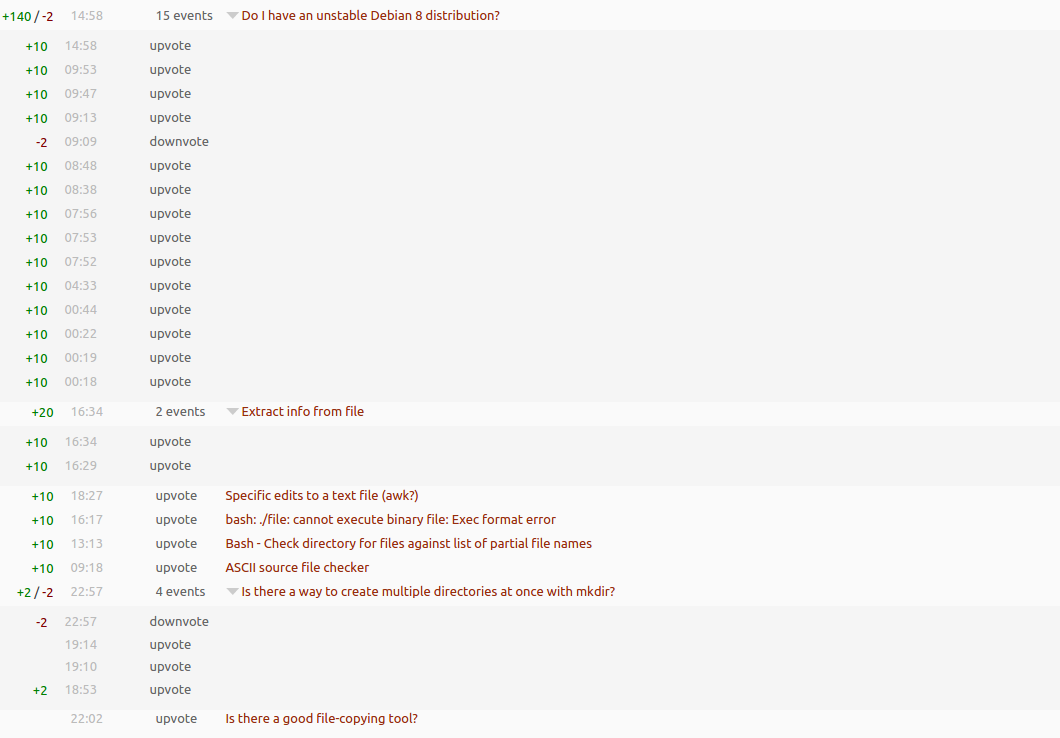