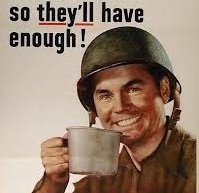 Never have tried to fill one of these out. I mean nobody really knows me.