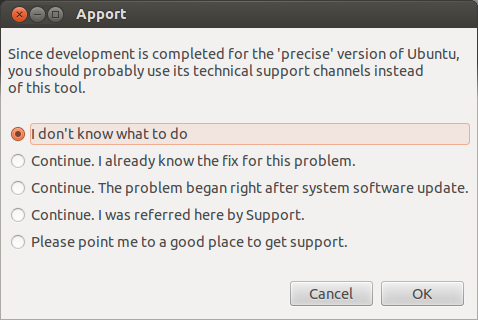 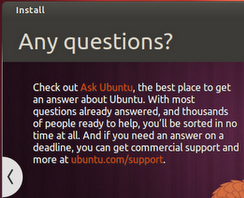 48
What to do with questions that describe bugs?
19
How would Ubuntu Bug #1 be fixed if Ask Ubuntu uses a Windows Platform?
20
What's wrong, Ask Ubuntu?: The "Tech Support" Impression
33
Can we improve the path from ubuntu.com to here?
8
What are Ask Ubuntu's current problems, if any, as of early 2012?
11
If Ask Ubuntu is the place I'm supposed to go to get help, why is every hit related to my answer closed with "this isn't the place, file a bug?"

10
Is Ask Ubuntu linked in the ubuntu.com website?
21
Get Ask Ubuntu Wallpaper for Your Desktop Here!
59
Alpha-testing a wizard
14
Please try to read bug reports before voting to close something as a bug
20
What's wrong, Ask Ubuntu?: The "Tech Support" Impression
38
Tips for users to write better questions and avoid negative feedback
29
Plea to reviewers of First Posts & Late Answers: consider Action. And, some Actions to consider