It seems to me that questions closed as duplicate are hidden now. They are visible only to the post author and users with the close/reopen votes privilege.

That means that these questions will not be shown in search engines.

Before the recent change dupes were shown to everyone and they were very useful to point to canonical answers. That increased chances for people who search to find a correct answer. Now we lose all that.

Also some dues have good answers that are hidden now too and lost to the public.

This looks very sad to me. 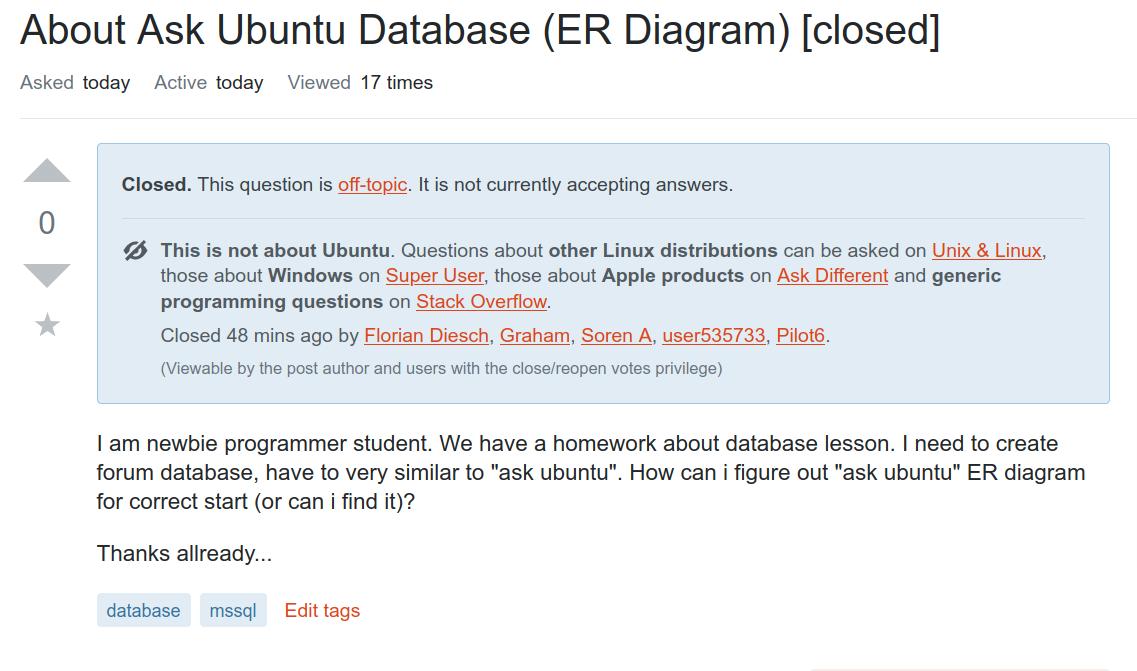 The recent change to post notices does not change which posts are visible. It changes what information about their closure is visible. When you're logged in, you've probably seen text in post notices like:

That text is referring to some of the information in the post notice itself. It is not referring to the question itself or any of its answers. Those remain viewable by anyone, unless they are deleted.

There are multiple versions of post notices for closure: one for the OP, one for low-rep users and users who are not logged in, and one for high-rep users. It can be difficult to figure out exactly what is shown to whom, which I consider a disadvantage of the recent post-notice redesign.

However, there is an easy and efficient way to check what a page looks like to users who are not signed in: open a private browsing window (or incognito window, as it is called in some browsers) and go to the page.

As a high-rep user on Ask Ubuntu, when I'm logged in, this is what I see when I visit Changing directory: 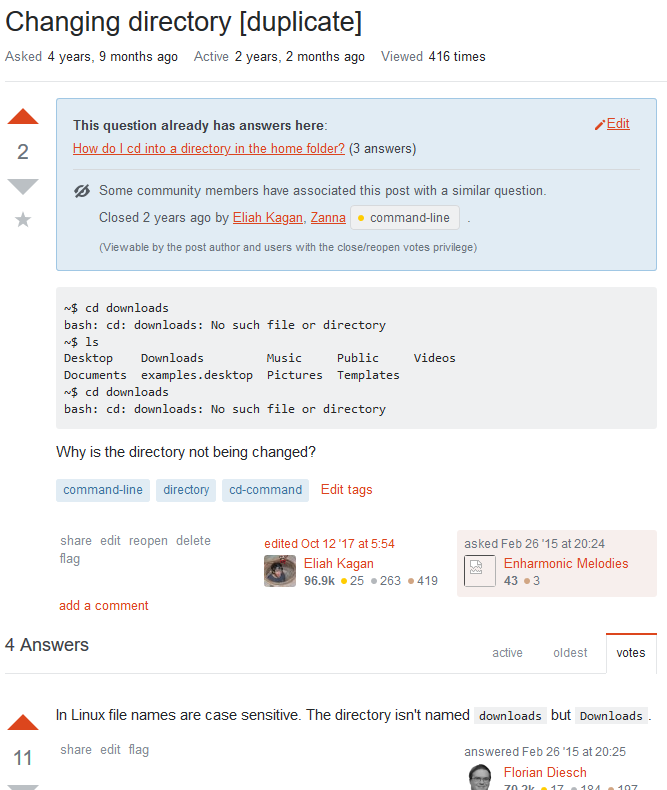 As shown immediately above, the text of the post notice shown to me when I am logged in is:

This question already has answers here:

How do I cd into a directory in the home folder? (3 answers)

Some community members have associated the post with a similar question.

In contrast, when I go to that same page while not logged in--for example, when I found that page via Google in a private browsing window during an attempt to reproduce the bug you've described--this is what I see: 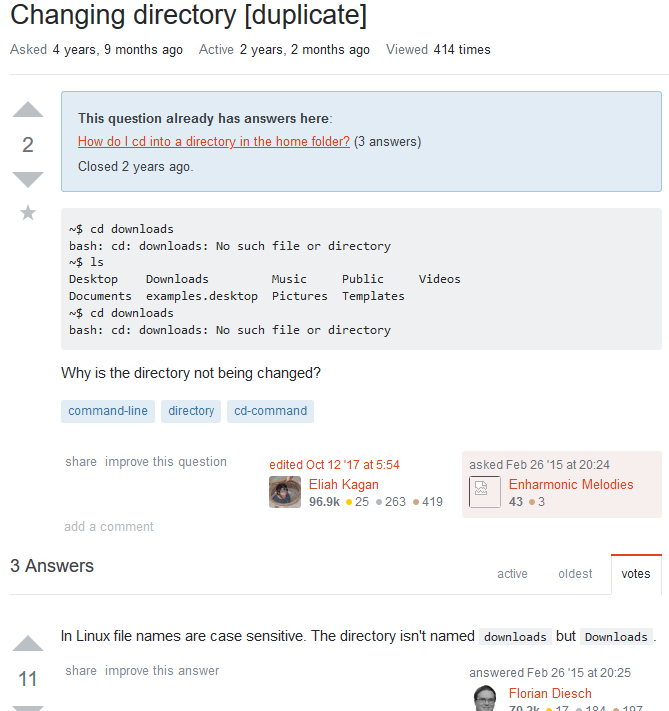 As shown immediately above, the text of the post notice shown to me when I am not logged in is:

This question already has answers here:

How do I cd into a directory in the home folder? (3 answers)

Users who are not logged in or who do not have much rep, and who are not the OP of a closed question, no longer see on the question page who voted to close the question.

But on duplicates, the only information related to their closure that is hidden from the general public (which is also hidden for all other closed questions) is who voted to close them.

Note that this information is still not actually secret, it's just been made more obscure. It is still available even without logging in, by visiting the revision history or timeline of a post. Besides deleted posts, every post's revision history and timeline is public (though an actual link to the revision history is only provided on the page itself if the post has been edited, and an actual link to the timeline is not provided on the page itself, except perhaps to moderators). This information also continues to be available in SEDE.

As for the Edit link shown to me in the post notice when I'm logged in, that's because I have a gold command-line badge, which permits me to edit the list of dupe targets (officially called "originals") on questions that are tagged command-line and closed as duplicates. This ability, and its reflection in post notices, has not been affected by the recent redesign of post notices.

When a user is not logged in, and the user follows a link to a question, and

then the user is redirected to the target, unless the URL the user used had ?noredirect=1 in it.

Usually this is no problem, since the most useful information associated with a question that is closed as a duplicate is usually in its answers, or in the knowledge of which questions it is duped to, and neither is obscured.

But it is sometimes quite frustrating, and I'm not sure this behavior is actually good. It makes it hard for people to figure out why the problem they're looking for help with is addressed in the target of a duplicate they have found. We keep many duplicates around, even when they have no answers, because they serve as signposts, guiding the way to their targets. But signs shouldn't just tell you where something is; it should also say what is there. I feel the system does not fully achieve this goal in its current design.

However, as far as I can tell, that is an entirely separate effect from the recent change in post notices. The system has performed these automatic redirections for years.

Not the answer you're looking for? Browse other questions tagged support duplicates closed-questions user-interface .

17
Are questions about problems later revealed to be common hardware issues "too localized"?
17
Lets do something with "Set up dual monitor" post!
1
Should closed/locked questions with no answers be hidden?
1
Are moderators able to delete posts permanently in extreme circumstances?
15
Please don't be too eager to delete duplicates
10
Sad question reopen time?
3
What determines which comments are displayed initially?