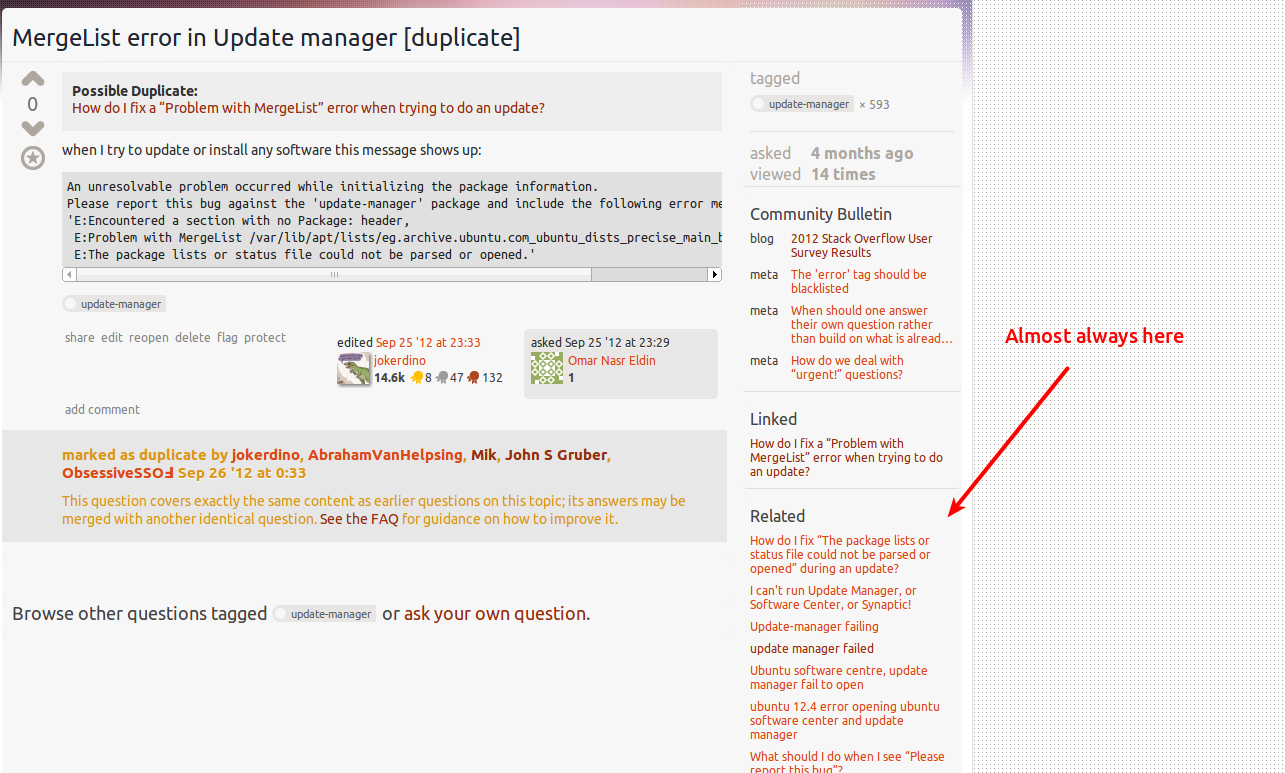 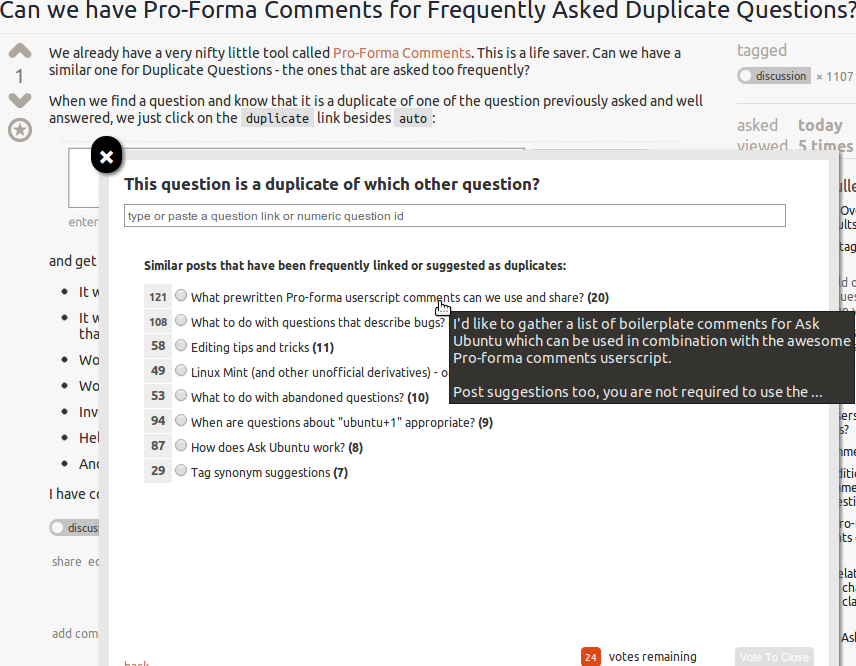 75
What prewritten Pro-forma (aka AutoReviewComments) userscript comments can we use and share?
36
What are common canonical questions for our site?
7
How to handle chains of "duplicate of..."?

7
How should new users be pointed to duplicate questions?
34
PSA: 11.10 Release today! (aka. let's get rockin')
47
PSA: When reviewing, don't post duplicate (and near-duplicate) comments!
13
Suggestion: Use pro-forma/"review" comments when flagging certain answers
0
Opinions on downvoting duplicate questions
2
Overarching driver question?
10
Close voters: we have a Reason for that (EoL posts are not necessarily duplicates)