Can we link to OpenSTV in the Ubuntu repos on the election page?

The election results tell you that you can use OpenSTV to audit the results and provide links to windows and mac installers. This is Ask Ubuntu. We don't need to download random installers from the web. OpenSTV Install openstv http://hostmar.co/software-small is available in the Ubuntu archives. 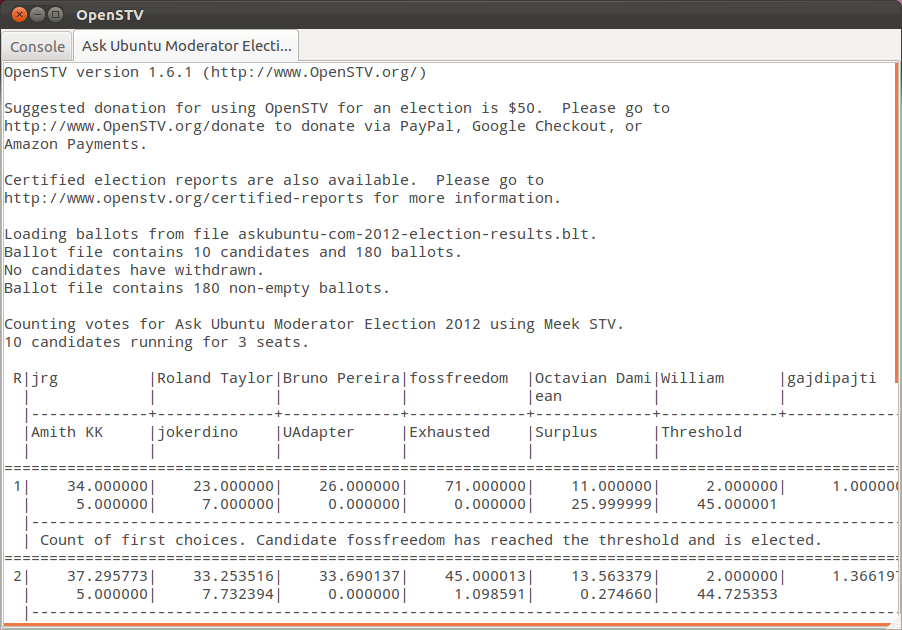 I know that this isn't going to come up for another year, but it would be nice to have an Ubuntu install link included:

Install via the software center http://hostmar.co/software-banner

We support and answer almost everything Ubuntu, let's change the link for this election, while there is still time to at least get a fix in after-the-fact.

I hate to bump this up, but I just visited the 2014 Moderator Election page, and I was surprised to see that it only links downloads of OpenSTV for Windows and Mac:

And I thought, come on... this is Ask Ubuntu. It seems reasonable to assume most users here interested in downloading the election data are using Ubuntu rather than Windows or Mac. It's just a matter of sudo apt-get install openstv. It would be nice if the election page mentioned that.

So I went on ahead to point this out on Meta, but instead I found this question back from the 2012 elections... so I just wanted to bring it up again. It seems this still hasn't been done. Also, apologies if posting an answer to such an old question doesn't comply with the AskUbuntu-Netiquette, but I thought posting an exact duplicate question would be redundant also. :)

3
Can we add a link to the /privileges page in the 'What is reputation?' section of the FAQ?
7
2011 Community Moderator Election
9
YouTube embedding request
1
Answered tab in the home page of Ask Ubuntu
3
Can we update the election page to reflect code of conduct changes?
7
Weirdness on the election page - missing comments, and disqualified candidate is visible
4
Is there a bug at the election page?
12
Why don't we improve the design of the link to the about page?
4
Can we have "tools" link at the top of Ask Ubuntu site?
2
Unable to add my answer link to the 2019 Moderator Election Q&A - Questionnaire