Yet another question about edits as I work out the borders between an appropriate and inappropriate edit. 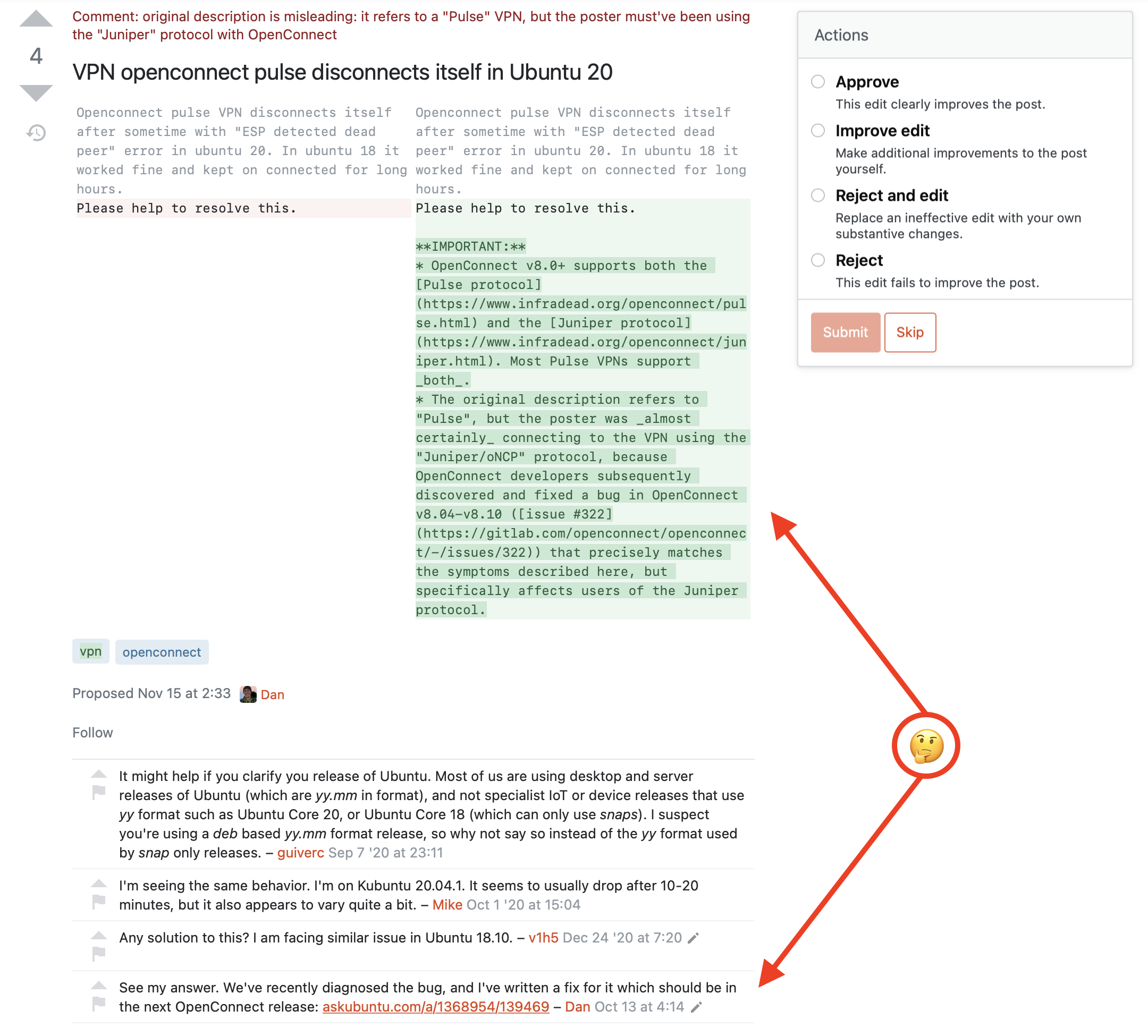 @Dan is one of the developers of OpenConnect, making him one of the better-suited people to offer an answer on the problem reported by the OP. He wrote an answer that explains there is a bug in certain conditions and included a comment under the question pointing to the answer. All of this is cool.

However, now we have an edit that adds a bunch of information to the question that may or may not apply to the OPs situation. As a developer on OpenConnect, he would know better than most how the bug could be triggered, so the added context may allow future readers to more quickly identify whether they are seeing the same issue, a similar matter, or something different.

With this in mind, is this an appropriate edit?

My initial reaction is "No, it would be better to edit the offered answer to add any additional context and hope the supplementary information gives his answer more love so that it rises to the top". Some of the detail is already part of his answer: 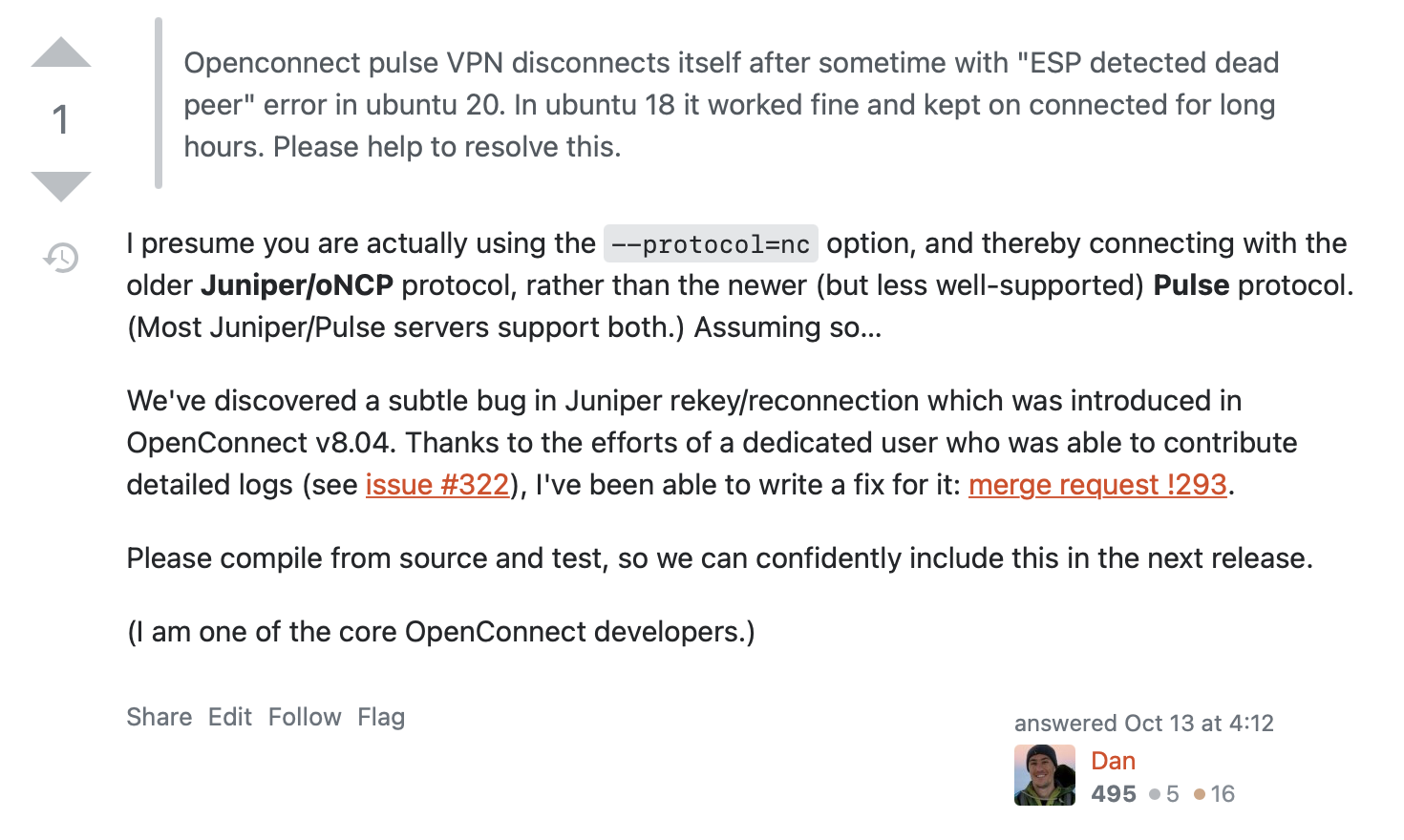 I can certainly appreciate the desire to have people understand that a problem can be fixed simply by updating their software, but modifying the question to include this additional detail as a commentary strikes me as an incongruous edit 🤔

I think these additions are commentary on the question, and should be kept in the answer (Dan has already mentioned this apparent mistake in his answer) or in comments. People often do correct the question's premise in answers but editing the question itself is IMO not done unless the OP says it was a mistake.

If the OP confirms that they were using Juniper, sure we can edit the question to specifically say that, but the rest of it doesn't belong in the question as written, IMO.

The vpn tag does fit, though.

Not the answer you're looking for? Browse other questions tagged discussion suggested-edits .

3
Are questions about design decisions considered constructive?
11
How important is it to edit out unnecessary criticism or praise?
1
Should I comment to help prevent "downvote-bombing"?
2
What is the preferred way: to edit a nearly complete answer to make it "more" complete or to post another answer?
7
Offensive comment as Post edit: A way to escape with Untracked crime
3
What to do with this specific answer variation in the question?
2
Revealing bug report considered answer?
8
Delete own answer if somebody posts a more thorough answer later?
1
Suggested edit to "What does the double-hyphen do in `lxc exec`"