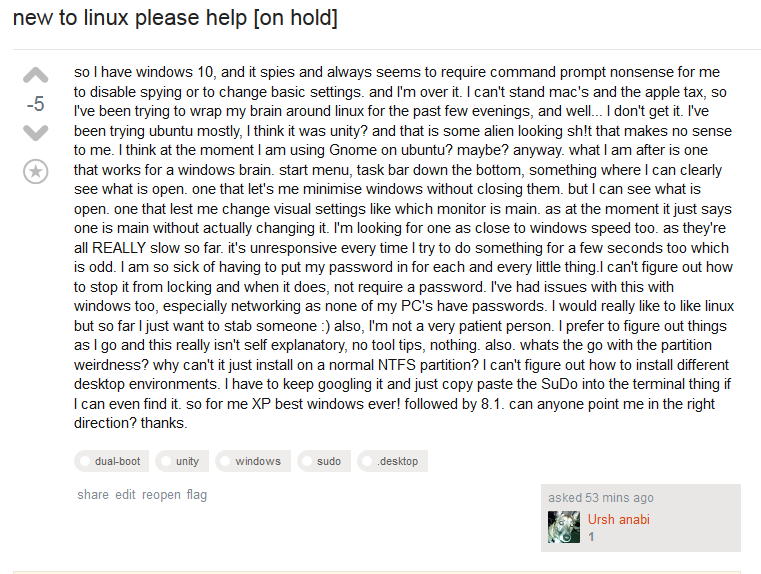 4
Should I feel bad about not giving a bounty to an answer on a bountied question?
3
How do I know it's a bug before I ask for advice?
0
Many users just voting down, even when answerers follow up?
1
Is it appropriate to answer by expanding on things implied or mentioned in the question as something the OP already knows?
7
The Asker or the Answerer?
1
Can I downvote answers for a duplicate question?