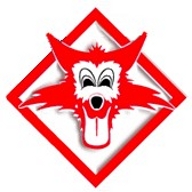 I'm an early user and advocate of Linux, and more generally Open Source Software, in the business world. I've been around with computers and particularly linux for some time now, and during all these years I've been using and promoting opensource technologies.

I started using Linux in 1995 with a French Slackware, called Kheops. My first contact with Ubuntu was in 2006 with Edgy. Former Perl Monger, my preferred language is now Python. I know about web standards and design, HTML/CSS, and some QML/Javascript.

The early years of my career were spent developing the French high speed train (TGV) RTOS. My professional activities also led me to several QA related positions and to Android phones integration before joining Canonical in 2010. I'm now working for the Hardware Certification Team at Canonical.

All Questions Answers
Votes Newest
13 Is there a mechanism to remove “marked as duplicate” when the original question is deleted? Mar 13 '15
10 Why deleting a question (and related answers) with a lot of votes Sep 11 '14
4 My badge count is probably wrong (too many gold) Jun 10 '16
3 Harmfull suggested edit got approved Nov 3 '14
3 What happen to tag votes when you reach the dailly rep cap? Sep 23 '14
1 How to list all protected questions? Apr 23 '14