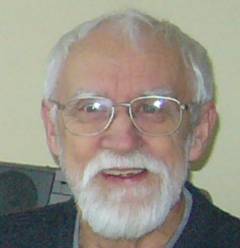 (In ASCII texts, I use the name 'Tomas Peceny'.)

I am a technical physicist. Since 1971 I work mostly with computers, first for measurements and process control in a technology research for electronics, then as a head of the IT department and then as an analyst and technologist in a TV company. As a pensioner, I had externally made measurements control and user interface for scientific computation in an academic basic research. Since beginning of PCs I have used them with the Microsoft DOS and Windows software, later also its pocket versions with PDAs. In 2013 I started using Ubuntu Linux. Since 2015 I have used almost only Ubuntu, but still I can compute technical tasks far quicker using Microsoft Visual Basic and C 6.0 SP6. I have replaced my old PCs by Dell Optiplex 7010 with the systems at a 128 GB SSD. I have installed Ubuntu 16.04 and I use Windows 10 mainly for my wife's TV programs.

I tried using the NetBeans IDE. (I dream about its using with my HTC M8 mobile, too.)

I love the Linux structure, gedit, the Ubuntu 16.04 Keyboard Shortcuts and mouse controlling windows with my main displaying on two monitors 5:4, Total Commander (via Wine, too); I frequently use Nautilus, Krusader and LibreOffice. I wish the Thunderbird mail editor was more compatible with LibreOffice; especially it should (hold WYSIWYG=) send the same as I have seen when editing. I prefer UTF-8 coding. I love the Google Calendar, Contacts and Maps with navigation using their own method to evaluate traffic and Google Translator. I would like all of us to understand the concept of globalization positively.