On my main profile page, I noticed this: 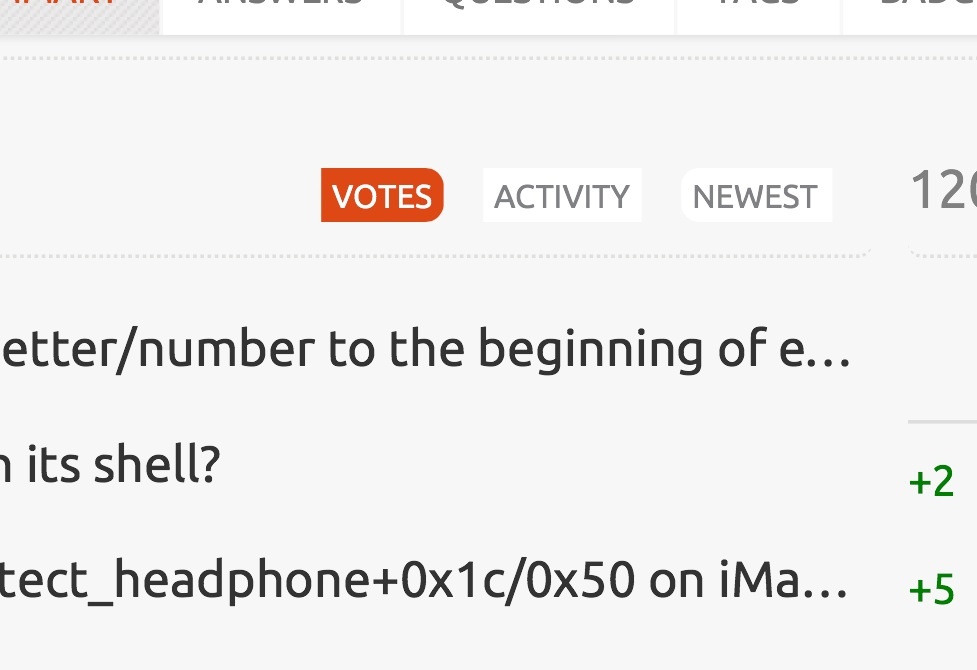 Is it just me, or are the tab backgrounds backwards for the left & right ones? Shouldn't the rounded corners be pointed out?

I can't believe it's been wrong this whole time (since the site graduated). I had the border radius backwards. I have fixed it. It will be on live site after the next production build.

There's actually more of a problem than them just being the wrong way around. There's no background or box-shadow like there is on #tabs so even if the rounding was correct, you can't see it because there's no contrast.

@Jin I've tried to make your life easier and I've just mocked up a quick demo of what it should look like with Firebug:

There may be some value in scrapping the ends and just having rounded active links, but having teeny little bars on the page isn't as distracting as I thought it might at first.

1
In-house chat Ad broken?
12
More black links on deleted question page
12
Why don't we improve the design of the link to the about page?
5
User profile tabs are double-underlined on hover
5
Why does the system floor-round the time before review queues reset?