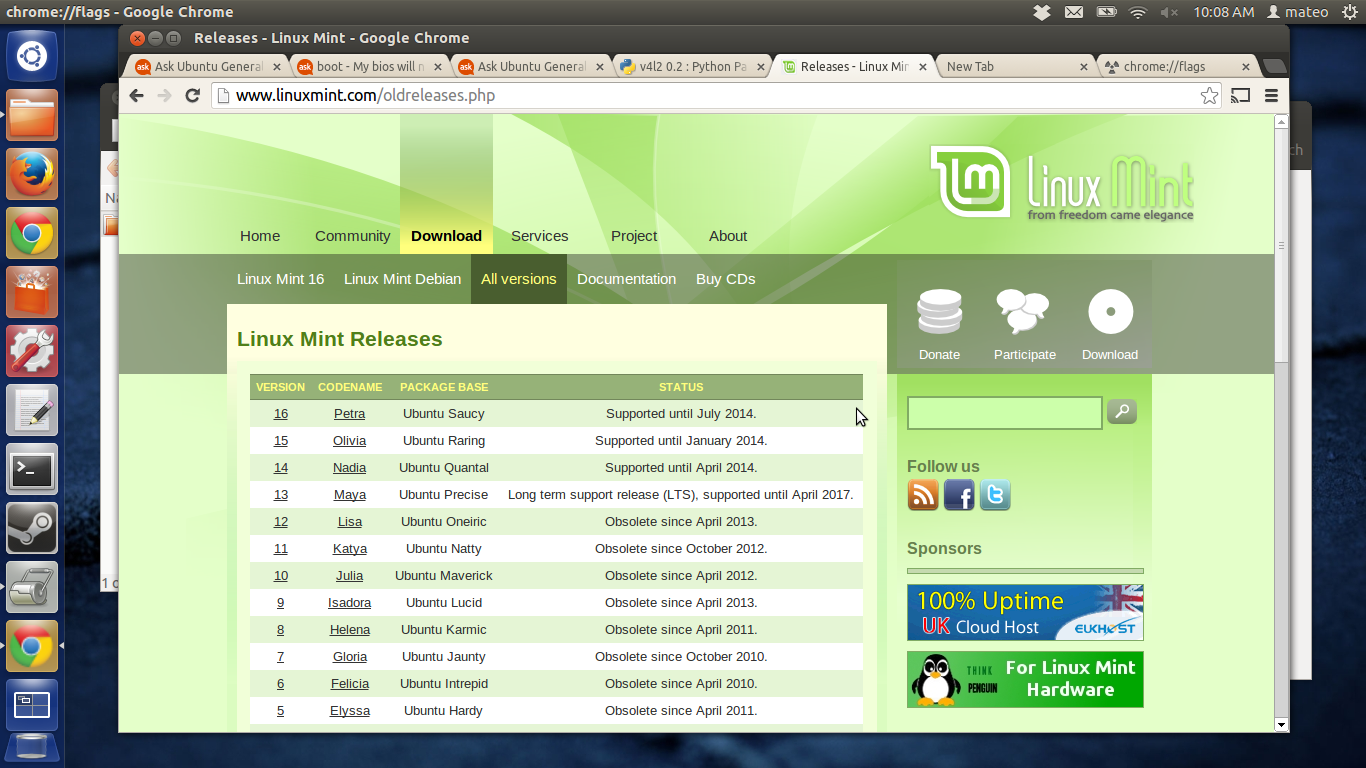 7
How should new users be pointed to duplicate questions?
7
Talk of migrating some questions to unix.SE
34
PSA: 11.10 Release today! (aka. let's get rockin')
6
How to see from what countries Askubuntu users are
1
Why did you close this question instead of migrating it?
33
Can we improve the path from ubuntu.com to here?
1
What are the differences between Ubuntu and e.g. Mint?
5
What are the acceptable number of close votes to initiate per day?