Review Suspension not in FAQ

So apparently, I've been suspended from reviews by some automatic process of which I was completely unaware. Due to there being absolutely nothing about review suspension in the FAQ, I understand very little about this. Could we fix that, please? Something this integral to the day-in, day-out working of the site ought to be a bit more front-and-center. Also, being suspended without any idea of how to improve my reviews isn't helpful, either. I'm not just trying to pass junk through to get a badge - I actually want to do good reviews. So help me do this, please!

One thing that would be especially helpful is a (probably non-exhaustive) checklist of things to watch out for in reviewing.

you just don't have enough reputation to review posts. If you visit askubuntu.com/review you will see: 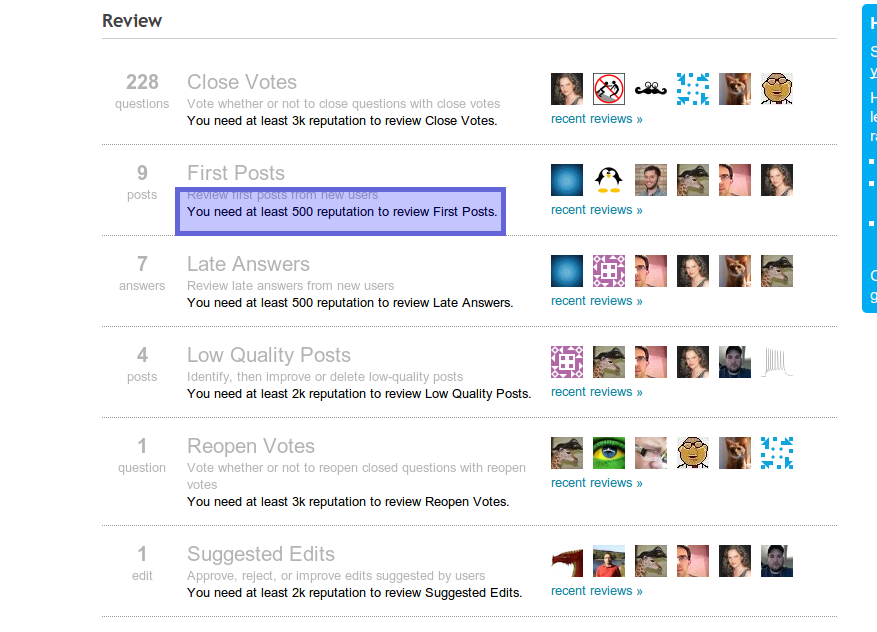 There was a recent change, raising the rep requirement to review from 125 to 500; hence the reason you could review yesterday and not today. For more information on the change see Propose a privilege to sit in the 500 reputation mark

I personally think this was an awful change....

On the review audit subject..

You do get a notification if you have been banned from review, on sites where review audits are enabled. Audit aren't actually enabled on Ask Ubuntu. You also get a message for each passed and failed review audit.

I'm on the mobile site atm, so can't get to the right screen to corroborate what I'm saying, but I would say this is happening because you're failing audits.

Every so often you'll be thrown a question that was already dealt with by other users. If you don't come to the same decision, it'll count as a fail.

Fall too many times and you'll be suspended. It makes sense if you think about it but I agree, it should be more explicit about what you failed and what others did.

I rather thought it did tell you when you fall an audit post (after, obviously). Keep an eye out for feedback when you next review things.

5
Mentioning of the CoC in the final FAQ
3
Can we add a link to the /privileges page in the 'What is reputation?' section of the FAQ?
1
Wrong reputation scale on FAQ
59
If you're not going to review and fix questions, don't use the review queue!
5
FAQ Update: Add "Chrubuntu" to the list of unsupported derivatives
0
Persistance of review number on top bar even after review is complete
20
Why do you not review?
0
Is this not an incomplete answer? (low quality review)
11
Where are suspension policies published for independent reference?