Is This an Appropriate Edit?

This edit popped up in the review queue and I’m not quite sure if my initial thought is correct or not: 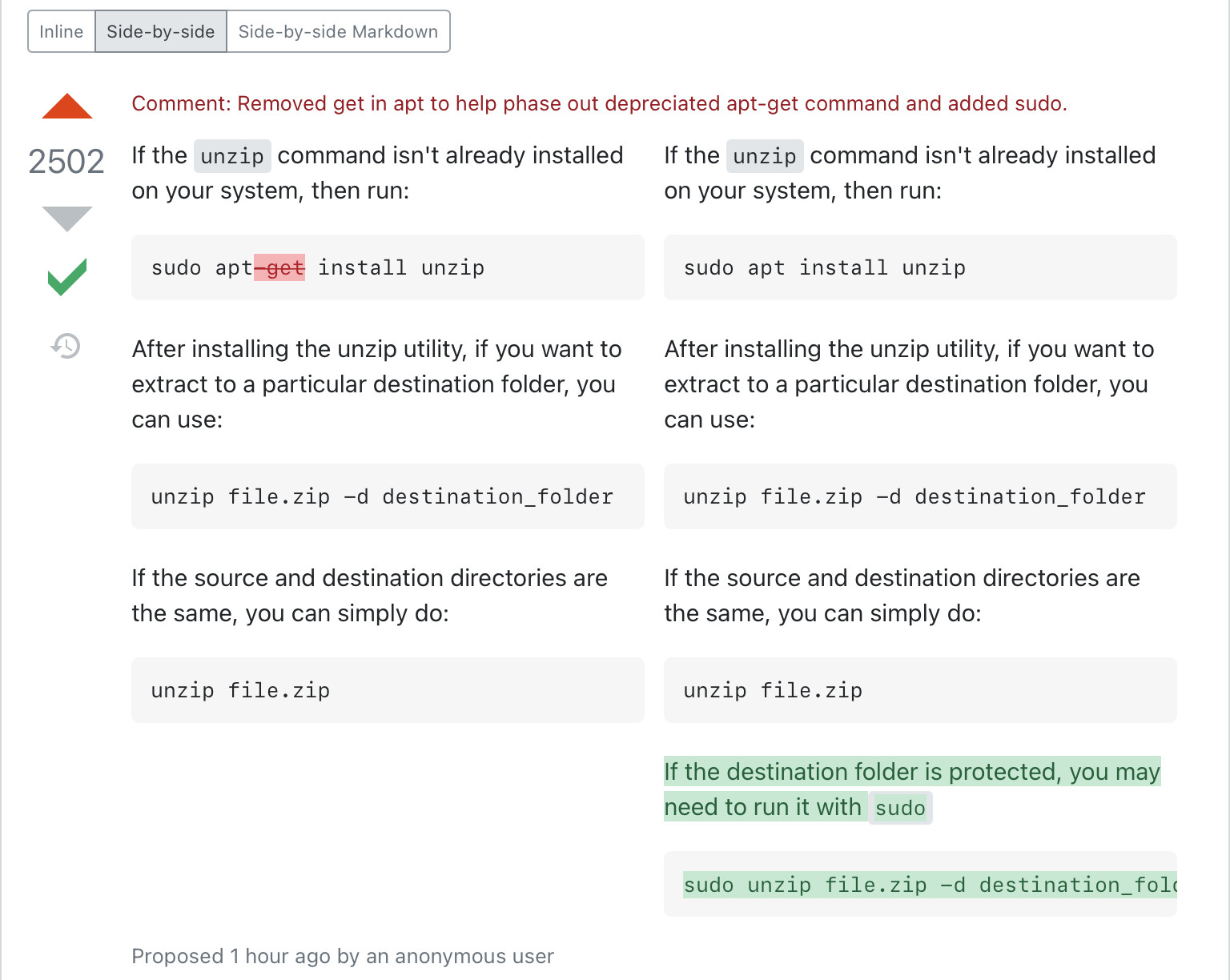 The answer was posted almost a decade ago and — as you can see — has a very respectable upvote count. The question itself has been viewed almost six million times.

Looking at the edit, two things popped into my head:

If this edit is approved, then it would mean that we (the community) should go in an editing spree to clean up all references to apt-get, including those on new posts that are made today. This seems excessive. However, given that six million people have seen this question and a good percentage will have used this exact answer, an argument could be made that the edit is justified to ensure people are exposed to using apt without -get before the deprecated command is removed.

Am I just overthinking this? 🤔

If you feel like the additional command adds value, you could approve the edit (changing apt-get to apt is not a problem, just not needed) - that would also be reasonable in my opinion.

15
Are python questions appropriate for this site?
0
Why is this edit rejected?
1
Can someone approve this edit?
1
Why did this edit get rejected?
8
I made an edit to a question adding additional details I learned of after implementing my aceppted answer, but a high rep user has reverted my edit?
2
Should we rollback the edits by editors other than original poster which might make answers controversial?
105
It's time for me to go