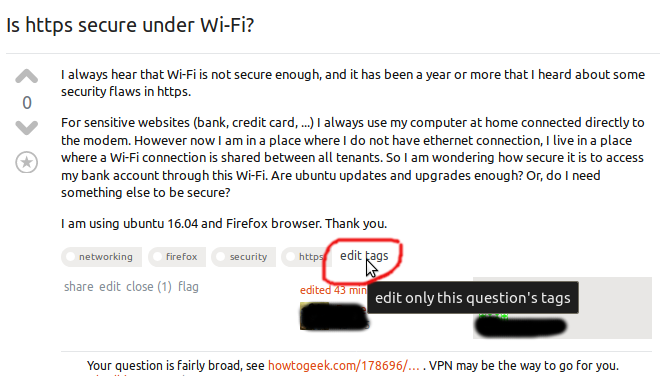 16
When should we use the versions tags?
15
Version tags are being used improperly -- what to do?
16
When is an edit too minor?
2
Should re-tagging really be considered as edit?
1
A user doesn't ask or answer, but only adds tags

6
What to do with useless new tags?
18
What to do about good suggested edits with very bad summaries?
9
How to handle edits that add their own info
1
What tag should be used for "first-timer" questions?
14
Please explain the rejected outcome for this suggested edit
19
Should 'he' to 'they' edits be accepted?