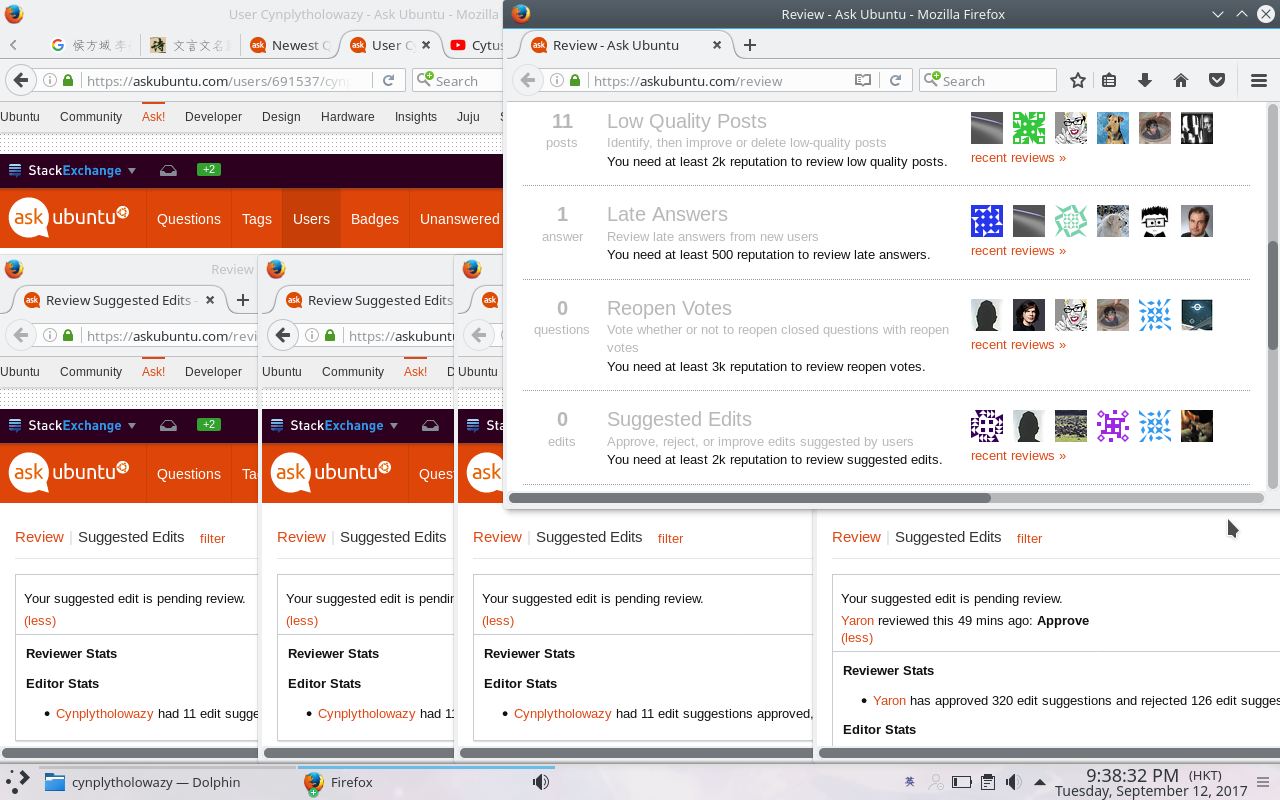 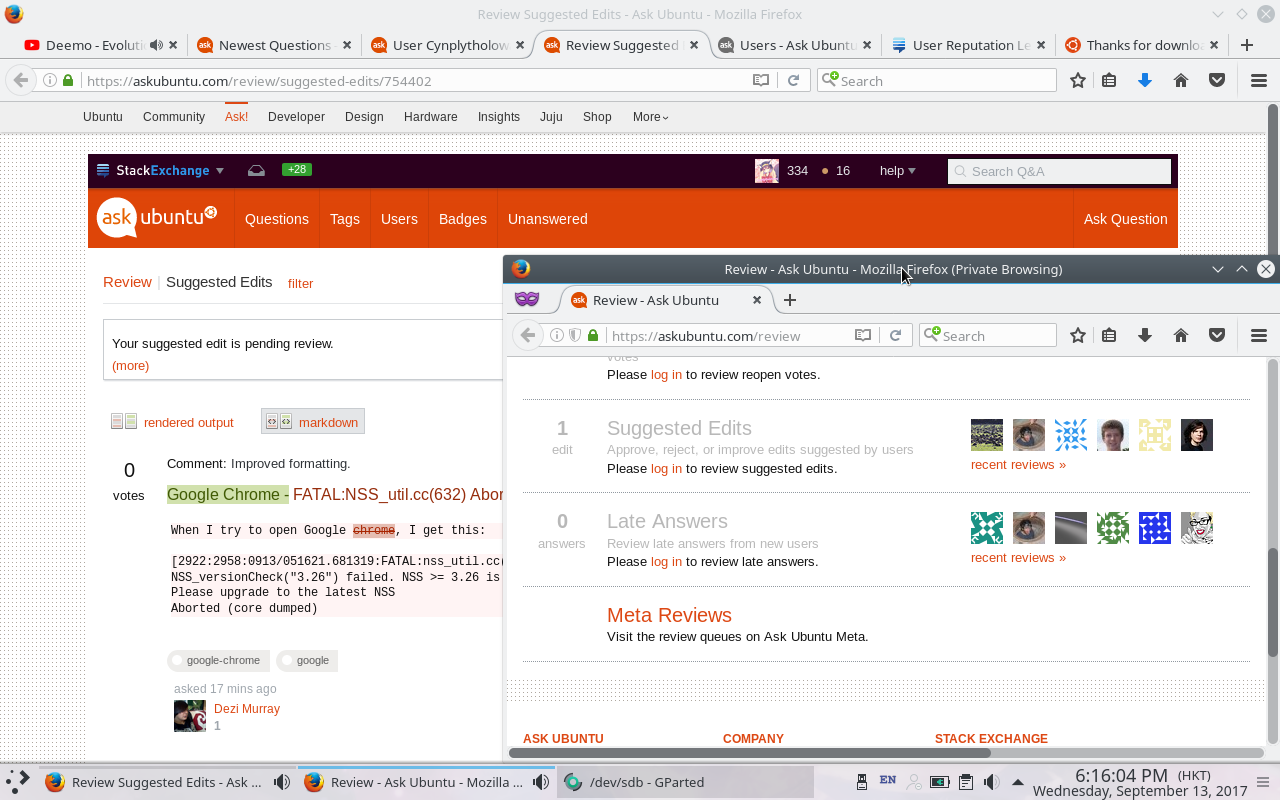 12
Where can I find my suggested edits page?
4
Why couldn't I edit question 79622?
8
What happened to the grace period?
7
Why am I getting +1 points?
1
Can reviewers review suggested edits more than 20 times?
4
Improved edits by Community♦ bot
6
Some new weird review ban