There is a compound question asked; a question that solicits a CLI method, and a GUI method.

I keep seeing places refer to the "partner" repository as a place I can get software, how can I enable this repository? Please specify how to do this graphically and via command line.

This raises a problem which should have forced the closing of the question because compound questions aren't suitable for the site's format. If either unrelated answer falls out of favor, it will be obscured by the weight for the other answer. This happened in practice here. This question has an answer which provides both

The CLI contribution always had a few errors,

All of these problems are resolved with Heiu's method which is fundamentally different in using,

So my route of resolving this was to remove the compound-answer component by deleting the CLI method. In doing so I preserved the GUI-component of @sid's compound answer.

The admins rolled this back.

@EvanCarroll The instructions are not necessarily inferior - the methods specified here still work, replacing "maverick" with whichever codename is relevant. You're right the GUI way to edit the CLI version is wrong - note my edits which I made indicating to use a text editor instead for the command line rather than the GUI (such as 'nano'). – Thomas Ward♦ 1 hour ago

So the acknowledge some of the issues I've raised, and they fundamentally alter the question to use lsb_release -c, and to use a text-editor. This is silly though, the addition of lsb_release -c is an original contribution on another answer not an improvement to this one. And, editing a file is still an all around inferior method of using apt-add-repository, but thanks to the GUI component it will likely always be ranked above the better submission.

First, never edit an answer to remove an entire part of it, no matter how unnecesary you believe it to be. Edits by other users are allowed because the original author may have made a typo or left some details out. Edits are not there so that others can completely change the content. Just because one of the options is inferior does not mean you should remove it. Even if it no longer works in newer versions of Ubuntu, you should only edit it to add a note alerting users about the incompatibility.

Thomas was right to roll that edit back, since it drastically changed the answer, and clearly went against the author's intent.

they fundamentally alter the question to use lsb_release -c, and to use a text-editor.

You seem to have some sort of misunderstanding of what fundamentals are. "Fundamentally" altering an answer does not include the mere addition of a note. Adding the suggestion to use lsb_release -c and telling the user that any text editor will work do not alter the meaning of the answer in any way, as the base content is still there. These notes don't contradict anything in the answer, nor do they significantly change anything about the answer.

Your edit, however, is a fundamental change. What you did directly contradicts the content in the answer, since it removed it. There is no argument that can defeat the fact that you caused a conflict with the author's original intent, as you basically deleted an entire answer.

This is silly though, the addition of lsb_release -c is an original contribution on another answer not an improvement to this one.

So? It's not silly. Just because one detail is in one answer doesn't necessarily mean it can't be in any of the others. As long as each answer has something different (and helpful) to suggest, having a similar step is no problem at all. It is most definitely an improvement to the answer, as it adds a nice little note to tell users what to do. It wouldn't make sense to give the other answer exclusive rights over using that command, because that's just plain stupid, and people aren't going to think to look at another answer to find how to get the codename; they're just going to Google it if it isn't in the answer they're following.

I honestly don't see how you think it isn't an improvement if it's helpful to someone reading it.

And, editing a file is still an all around inferior method of using apt-add-repository 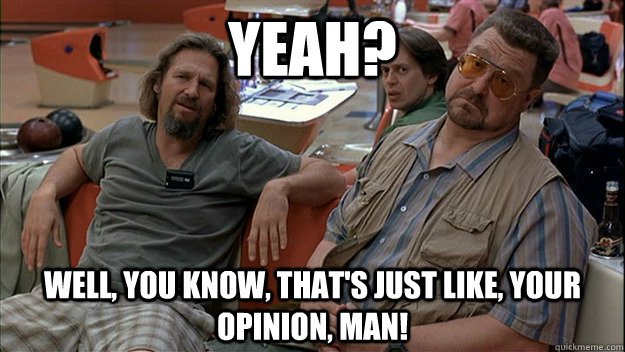 Seriously though. add-apt repository may be quicker, but there's no way to say one is "inferior" to the other if they both achieve the same end result with similar effort. In fact, I could say the apt method is inferior, since it's going to add what's essentially a duplicate entry to the sources file, since the commented source is going to be there along with the uncommented one. I could argue that the editing one is more efficient, since it removes bytes from the sources file, rather than adding them.

So does using the apt method (the human error bit). This is the command:

You want to tell me that removing a specifically directed # in a file is more dangerous than copying and pasting some random apt-get command? You seem to also imply that copy-pastes are not prone to human error. Well, what about those nbsps at the end of the code block? What if I accidentally select something else as well? What if..... you get the point.

but thanks to the GUI component it will likely always be ranked above the better submission.

So what? It deserves to be if people voted it there. Maybe most of them just used the GUI method and walked away, but that doesn't mean the CLI method should be removed. It still works, even if you don't like it.

This raises a problem which should have forced the closing of the question because compound questions aren't suitable for the site's format.

I'm not going to start a discussion on it being "too broad," since I think it's fine. However, that was 2010. As many other Meta posts, here and on MetaSE, have pointed out, we were much more relaxed with our rules in 2010 (some didn't even exist yet). As time went on, we got more strict and began enforcing those rules more and more. _This does not mean we should actively go back and close old questions__. That helps no one and achieves nothing.

This argument is invalid is this case (and I think it would be even if the question were asked 51 minutes ago).

Your "question" really doesn't make much sense. I'm sorry, but that's how I see it. Above, I've attempted to explain where you've misunderstood certain things, and I hope you'll read and retain.

I do genuinely welcome people who want to help but you can't be this destructive, especially with established posts. If in doubt, suggest improvements or leave comments.

8
What is the next step with this user who continues to post biased off-topic comments?
4
Is it selfish or ridiculous to rewrite a question towards your answer?
6
What to do for an answer I gave that I can't update?
4
How to decide which question to close as duplicate?
8
What is your opinion about outsourcing larger scripts from answers to GitHub repositories?
3
Can someone explain to me how this qualifies as a good question?
12
Can't format question properly because of character limit
2
Should we rollback the edits by editors other than original poster which might make answers controversial?
13
What is the logic behind editors losing reputation when a question is removed?