The checkmark is too large compared to the voting buttons 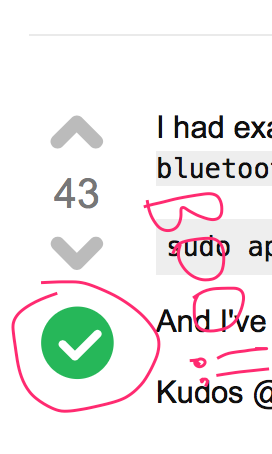 Compared to the size of the voting buttons and score, it's unusually (unlike the checkmark on other Stack Exchange sites) large.

I'd consider this to be a bug. If it's not a bug, then it's a feature request.

<sarcasm>If the purpose was to show off the checkmark though, apologies. Then you should probably enlarge it, as suggested by bjb: 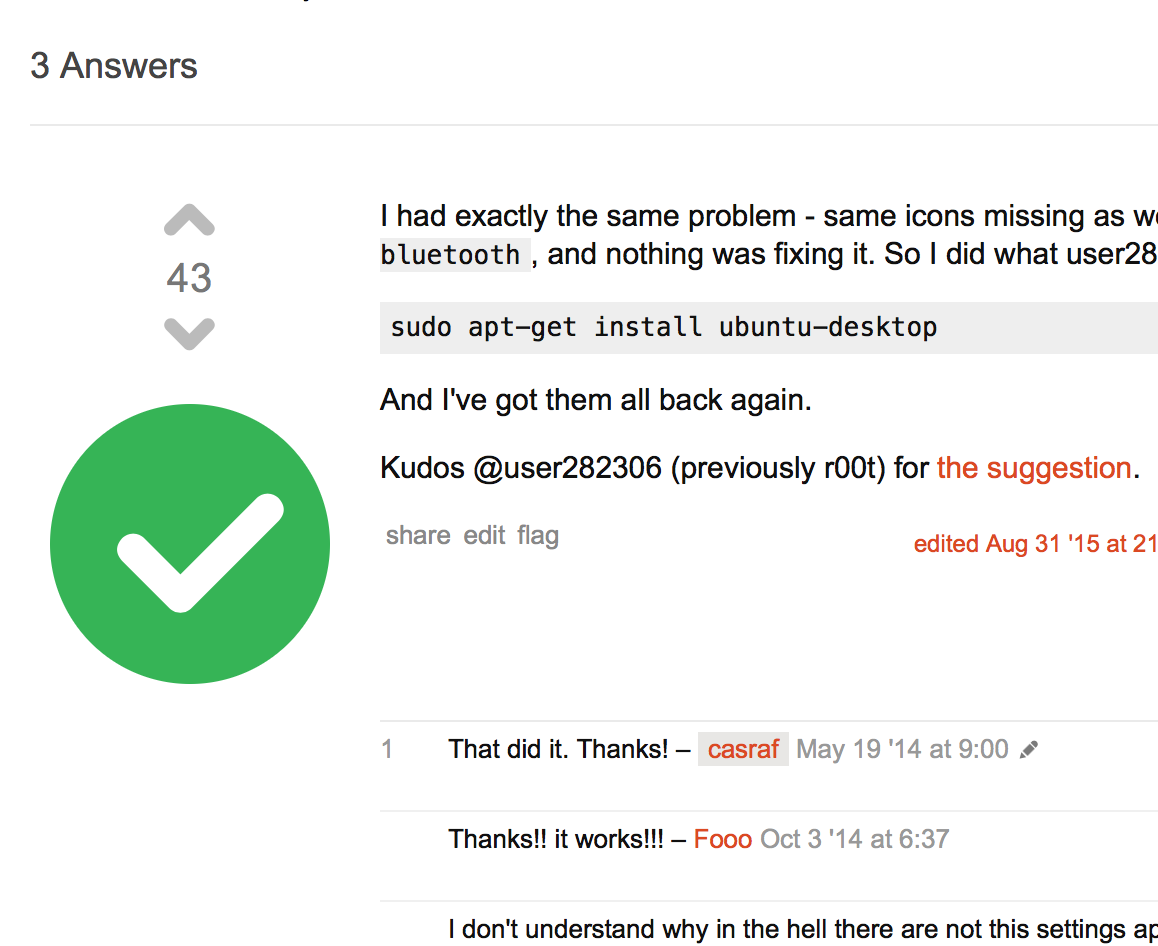 TL;DR: I disagree with the OP, and believe the current UI works for this site (that is, the Green Answer Accepted checkbox circle is fine); therefore, we do not need to be having everything aligning perfectly to a set size, nor do we need to even be discussing this issue further...
(This last part is obviously my own opinion, regarding this discussion not needing to go further)

I disagree with you, and believe there is nothing wrong.

Here's a zoomed in snippet, plus two black lines to show in-line size of the checkmark itself:

Here's what I see:

This issue you've stated would only really apply if it were a case of the entire checkmark image itself being too huge - the checkmark itself is fine, the emphasis circle is slightly larger, but not such that it impacts UI.

The SciFi page uses circular buttons anyways - which means it must flow in line there (the black lines are my own). Both of these are zoomed in. But if we zoomed out, we'd see a case of our green circle not really going far outside the lines anyways - thereby not causing a substantial UI impact.

My belief is the green circle fits fine into the current UI of Ask Ubuntu. We do not need to change it, and the slightly-larger-than-the-vote-buttons green answer-accepted circle is fine.

Not the answer you're looking for? Browse other questions tagged feature-request bug .

1
Ask Ubuntu's favicon is too similar to the inbox alert
1
Can we reword the Too Localized close reason?
4
Can we suggest posting on the forums for too localized?
5
Questions with too little information
11
Redesigned disabled buttons in review are hard to distinguish