Can we create a "template question" 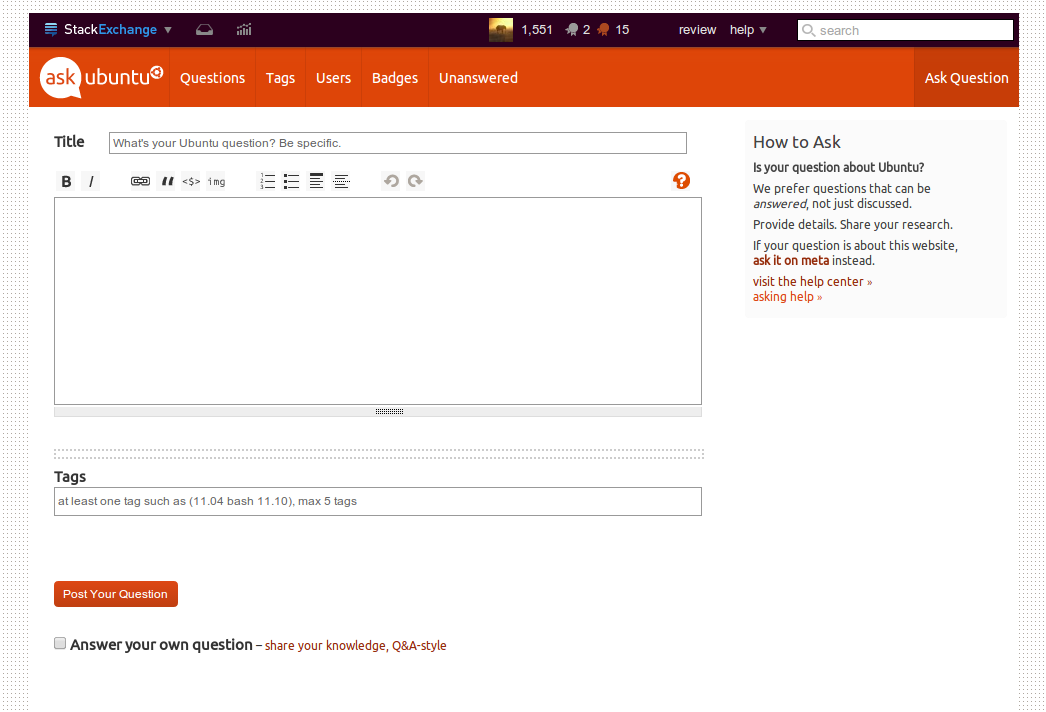 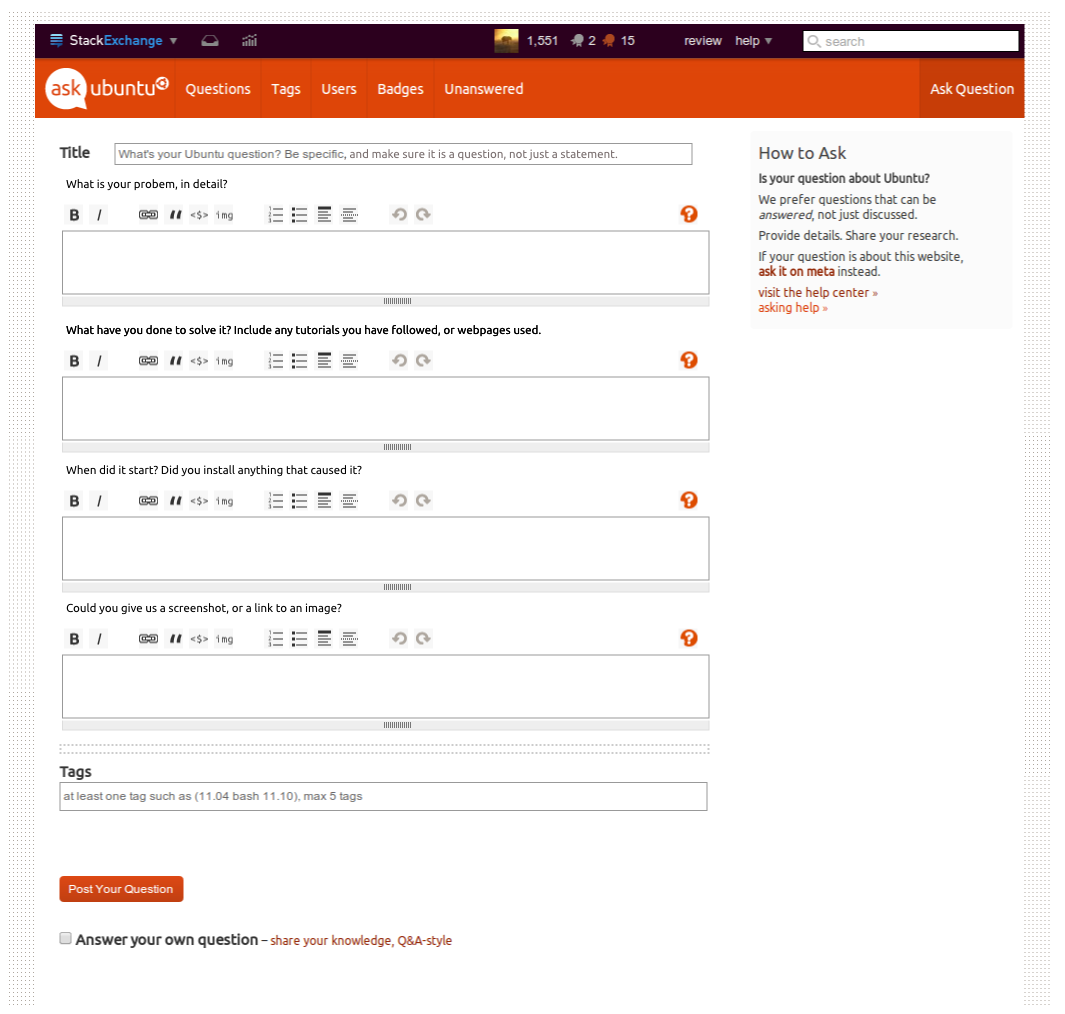 10
Keeping the Ubuntu One tag running smoothly
3
Are questions about design decisions considered constructive?
1
Require registration to ask a Question
19
What's your Ubuntu question? Be specific
2
How can I eliminate irrelevant (and obsolete) answers?
16
Question Template in Help Center
20
Giving away bounties this December 2019
10
"What topics can I ask about here?" in need of an update?